While many Fatima devotees know the salient aspects of Our Lady’s message and the various events surrounding the apparitions, certain details or nuances could yet be overlooked. We dare offer here several points for study and reflection in the hope they will help one better appreciate the meaning of the Fatima message:

Our Lady appeared six times at Fatima from May, 1917 to October, 1917. However, during the first apparition Our Lady mentioned that she will return to Cova the Iria, the site of the apparition, a seventh time. In her own words Our Lady said,

“I have come here to ask you to come here for six months in succession on the thirteenth day of each month at this same hour. Later I will tell you who I am and what I want. Afterward, I will return here a seventh time.”

Although Fatima specialists differ in their opinions with regard to its interpretation, nothing against Faith prevents a Catholic to hope and confide that this promise would be fulfilled in the near future. Certainly it is a glorious and most singular event a faithful Catholic could eagerly look forward to especially in our confusing and chaotic times. Perhaps, the seventh apparition would usher in the time of peace that St. Louis Grignion de Montfort described as the Reign of Mary and which Our Lady prophesied as the triumph of Her Immaculate Heart. 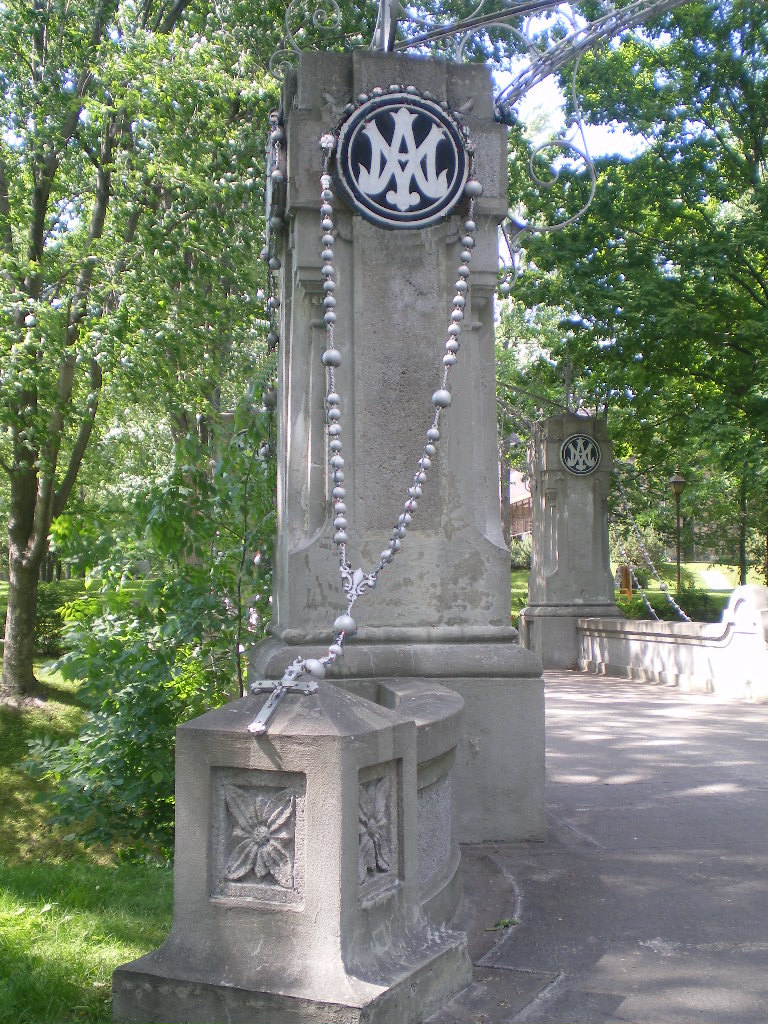 2.    The Rosary and Purgatory

Also on the above occasion, Our Lady revealed to the three children that Francisco must say many Rosaries before he will go to Heaven and that a certain Amelia will be in Purgatory until the end of the world.

Here, Our Lady reiterates the salutary practice of praying the most Holy Rosary as a means to save one’s soul and offers it as a guarantee to Francisco’s safe passage to Heaven -certainly an invaluable counsel from the Queen of Heaven and Earth.

She likewise points out the very reality of the existence of Purgatory and even cites a striking example of a poor yet already saved soul who will endure its purifying fires till the end of the world. According to the research done by Father Sebastião Martins dos Reis, Amelia died under circumstances involving dishonor in matters of chastity. Shocking as this fact may had been to  Father Thomas McGlynn, O.P. during his own interview, Sister Lucia recalled that more tragic were those souls who suffered the fires of hell forever because of a single mortal sin! 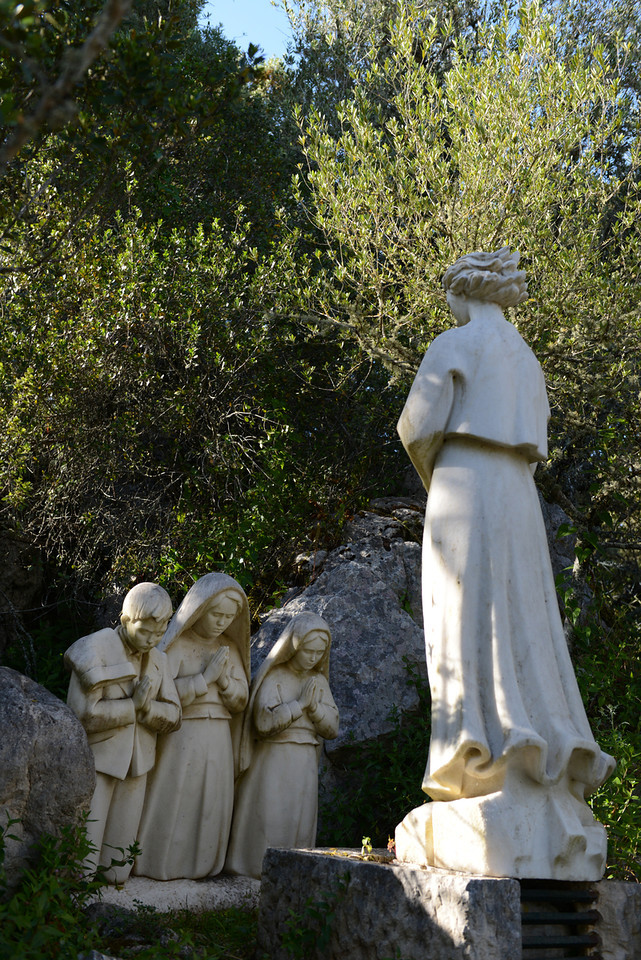 3.    The difference between the Angel’s and Our Lady’s apparitions

The children’s physical, emotional and psychological experience with the Angel of Portugal and Our Lady were different. In her memoirs, Sister Lucia writes,

“I do not know why, but the fact is that the apparitions of Our Lady had a very different effect on us. There was the same intimate gladness, the same peace and happiness. But instead of physical weariness, we felt a certain expansive liveliness, a sense of glee instead of that annihilation in the Divine Presence, a certain communicative enthusiasm instead of that difficulty in speaking…”

One stark contrast between the angel and Our Lady is their different natures. The former is pure spirit while the latter is flesh and spirit; body and soul. The angel’s superior nature drained much energy from the children which left them in a state of annihilation.

Since the children are of the same nature as Our Lady, one could surmise that this may explain why the children were more at ease with Our Lady. The human nature they shared with Our Lady found a pleasing and lively consonance with her. One could feel assurance and confidence in Lucia’s observation and experience that, indeed, Our Lady was assumed into Heaven in both body and soul – a dogma of the Faith. 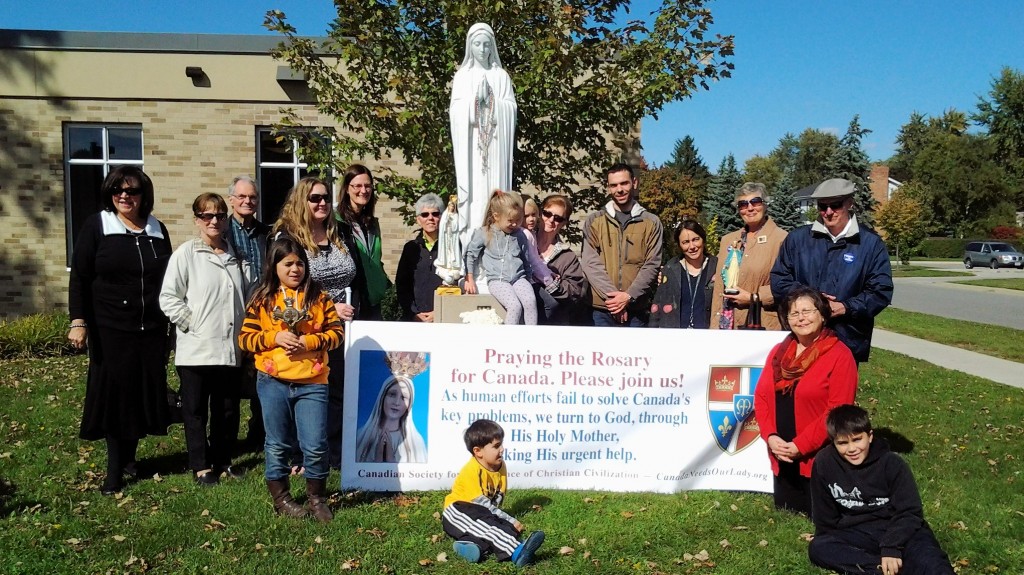 4.    The importance of prayer, penance, sacrifices and mortification for the conversion of sinners.

While it is true that the above is the constant and recurring theme of Our Lady’s Fatima message, it behooves Catholics to understand how and why it is so; especially in modern minds where the notion of mortification and penance is watered down or simply brushed aside as archaic or medieval.

The gravity of the moral crisis pervasive in the world requires continued prayers, penances and sacrifices which prompted the three children especially little Francisco and Jacinta to practice them to an extreme and heroic degree. At the height of their innocence, the two younger children understood their necessity and offered themselves admirably as expiatory victims. But Our Lady’s appeal for prayer and penance made to the children also applies to the rest of mankind.

According to Father Fredrick William Faber, D.D. in his book, Growth in Holiness, much is to be gained by us lesser mortals in the practice of mortification for it tames the body and brings the unruly passions under the control of grace and our superior will. It increases the range of our spiritual vision and makes our conscience more sensitive to the discernment of the subtleties that separate not only those between venial and mortal sins but also those between what is faulty and imperfect.

Suffering easily becomes power in the things of God. For isn’t it true that Our Lord redeemed mankind through His bloody sacrifice and immense suffering on Calvary?

Leading mortified lives encourages us to persevere in prayer, gives us strength in resisting temptations, makes us unworldly and frees our heart from earthly vanities and attachments.

5.    The persecutions suffered by the children from family and friends, people and media because of the apparitions

Lucia, in particular, was most aggrieved by the incredulity of her mother and kin as well as by the withdrawal of their affectionate treatment of her. Her sufferings were much more intensified given her tender age.

Francisco and Jacinta fared better within their family for their parents never held a hostile attitude towards the apparitions. Yet, they weren’t spared from the jokes and wisecracks of neighbors and from the laughter and sneers of by-standers along the road.

The skeptical and secular media of their day were no less forgiving in subjecting them to ridicule and sarcasm. Nationwide, newspapers staged a bitter campaign of hatred and denigration to discredit the apparitions.

Nevertheless, despite all these ill-treatment and vitriolic affronts, the children bore them with admirable patience and charity always mindful of Our Lady’s request to offer their sacrifices for the sake of poor sinners. An edifying example one should emulate in the daily inconveniences one encounters everyday. Here one is reminded of St. Therése of the Child Jesus’ little way.

6.    Modifications to the Five First Saturday Devotion to facilitate its practice

The original request of Our Lady asks one to confess and receive Communion on five consecutive first Saturdays; to say five decades of the Rosary; to meditate during 15 minutes on the mysteries of the Rosary for the purpose of making reparation to the Immaculate Heart of Mary in reparation for the sins of men.

In subsequent private visions and apparitions however, Sister Lucia presented to Our Lord the difficulties that devotees encountered in fulfilling some conditions. With loving condescension and solicitude, Our Lord deigned to relax the rules to make this devotion easy to observe:

With much latitude granted by Our Lord Himself, there is no reason for the faithful to hesitate or delay this pious practice in the spirit of reparation which the Immaculate Heart of Mary urgently asks.

This may seem academic to some but it would be good to recapitulate here the reasons for they can be forgotten. Devotions have intentions attached to them and knowing them adds merit and weight to the practice.

The five first Saturdays correspond to the five kinds of offenses and blasphemies committed against the Immaculate Heart of Mary. They are:

a. Blasphemies against the Immaculate Conception

b. Blasphemies against her virginity

c. Blasphemies against her divine maternity, at the same time the refusal to accept her as the Mother of all men

d. Instilling indifference, scorn and even hatred towards this Immaculate Mother in the hearts of children

Sister Lucia revealed later in her life that the miracle of the sun could have been greater had the children not been abducted by Arthur Oliveira Santos, the cruel and conniving administrator of the Administrative Council of Vila Nova de Ourém. She originally expressed this remarkable detail in the interrogation done by Father Manuel Marques Ferreira on August 21, 1917, two days after the apparition but which she left out in her 1941 report.

Here is a fitting example of a transgression committed against the wishes of Our Lady which she left unpunished. Though no fault of the children, it is lamentably sad to note that the multitudes at Fatima on the afternoon of October 13, 1917 were deprived of a far greater miracle if not for the deception, trickery and malice of civil authorities. 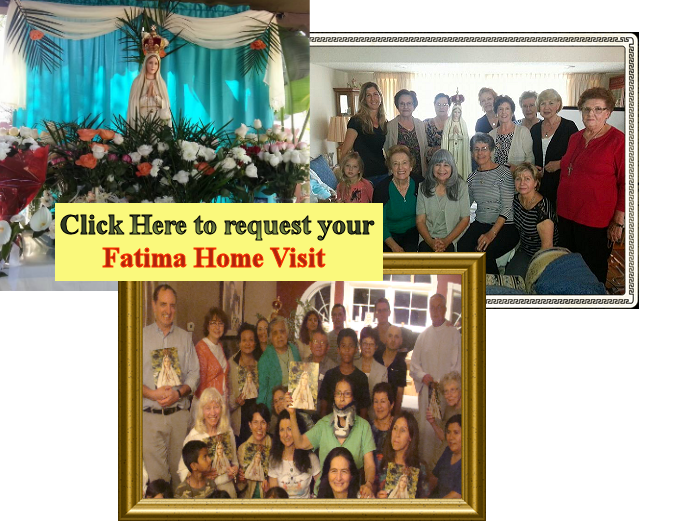 Sister Lucia considered the extraordinary light that illuminated the skies of Europe on the night of January 25-26, 1938 during the hours of 8:45 p.m. to 1:15 a.m., as “the great sign” – the unknown light that Our Lady predicted that would signal that war was near.

Astronomers and skeptic brush it off as a mere aurora borealis though its character was remarkably unprecedented.

Interestingly enough, the book, The Secrets of Fatima explains:

“This aurora appeared as far south as Galicia, Spain, where Sister Lucy was then cloistered, and she, the only survivor of the three Fatima shepherds, recognized it immediately as the sign. Visible even to Pius XI in Rome, the unprecedented aurora was accompanied by a ‘crackling’ sound, possibly attributable to discharges of atmospheric energy. Indeed, in many areas of Europe, panic broke out; as the populace concluded that the world was on fire and that the End had come.”

“London, January 25th, 1938. The Aurora Borealis rarely seen in Southern or Western Europe spread fear in parts of Portugal and lower Austria tonight while thousands of Britons were brought running into the streets in wonderment. The ruddy glow led many to think half the city was ablaze. The Windsor Fire Department was called out thinking that Windsor Castle was afire. The lights were clearly seen in Italy, Spain, and even Gibraltar. The glow bathing snow-clad mountain tops in Austria and Switzerland was a beautiful sight but firemen turned out to chase non-existent fires. Portuguese villagers rushed in fright from their homes fearing the end of the world.” 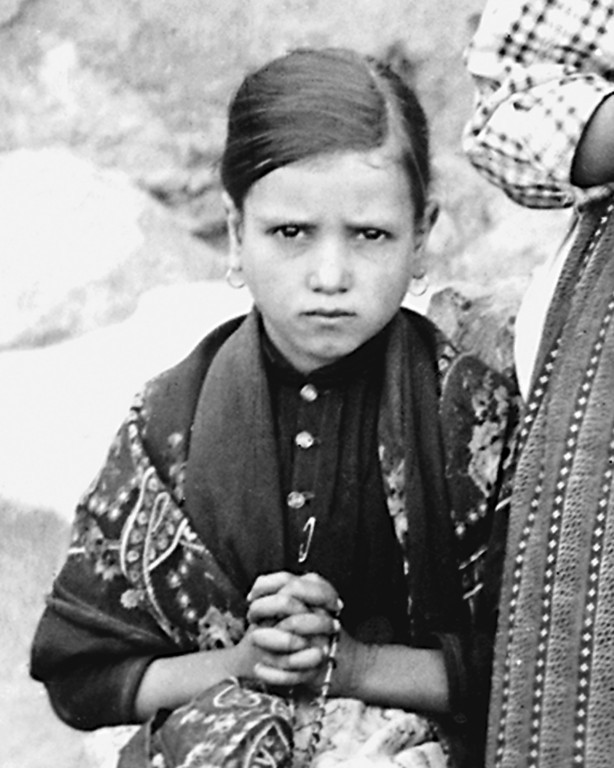 Tempered and molded by extraordinary penance and sacrifice, 10-year-old Jacinta proved to be precocious and prophetic in her vision of things. She had many private apparitions and countless revelations. Such was her supernatural illumination and holy wisdom that Mother Godinho, the directress of the Lisbon orphanage where Jacinta stayed prior to her death in the hospital, could only asked in awe and wonder, “Who taught you all these things?” The following statements uttered by Jacinta showed her depth of soul in face of the moral decay ravishing the world: