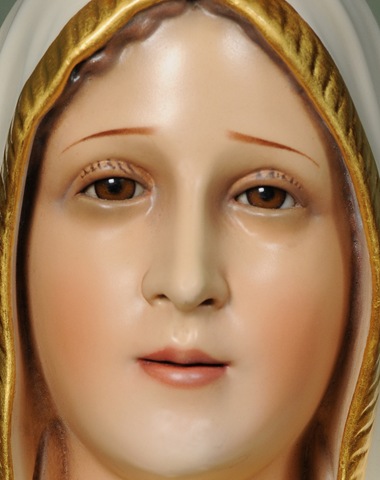 Look into these maternal eyes. They know you! They understand your sufferings even more than you do. They’re full of compassion, love, and hope. Open yourself to this gaze. It offers a remedy for every defect, help for every problem, hope for every affliction.

Who is this Mother? She’s Mary, the Mother of God and ours, so beautifully represented by this miraculous statue of Our Lady of Fatima.

Look into Her eyes. And let Her look into yours! She’ll touch your heart. Speak to your soul!

In New Orleans, this statue wept 14 times! Why tears, not smiles? Why sorrow, not joy?

Find the answer to these gripping questions in this inspiring article by Prof. Plinio Correa de Oliveira:

On July 21, 1972, the newspaper Folha de São Paulo published a photograph from New Orleans showing a statue of Our Lady of Fatima shedding tears. The report sparked keen interest in the Brazilian public and I think many readers will welcome more information on the topic.

The best source of information on the matter is found in an article with a typical American title: “The Tears of Our Lady Wet my Finger” by Fr. Elmo Romagosa. It was published on July 20 in the Clarion Herald, a New Orleans weekly, distributed in eleven Louisiana parishes or counties. 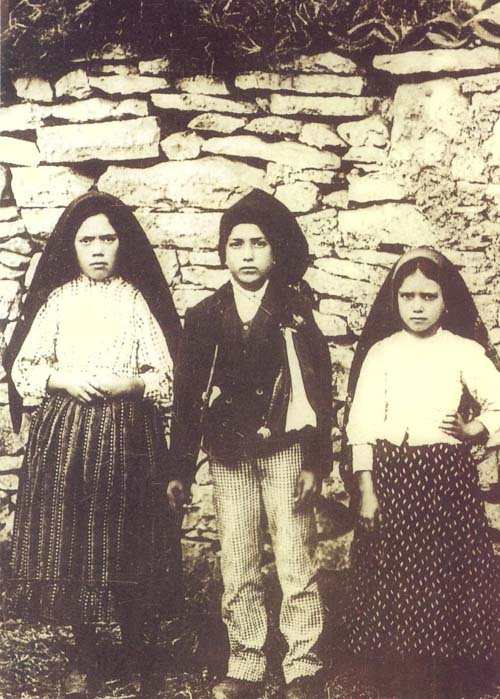 The background to this event is universally known. In 1917, Lucy, Jacinta and Francisco had visions of Our Lady at Fatima. The authenticity of these visions was confirmed by the miracle of the sun, witnessed by a whole multitude even as the Virgin spoke to the three children.

In general terms, Our Lady charged the little shepherds to tell the world that she was deeply upset by the wickedness and corruption of men. She warned that if men did not amend, a terrible chastisement would come that would annihilate many nations. Russia would spread its errors throughout the world. The Holy Father would have much to suffer.

The punishment could only be avoided if men converted, Russia and the world were consecrated to the Immaculate Heart of Mary, and men did the communion of reparation on the first Saturday of each month.

In view of the above, a question naturally comes to mind: Were Our Lady’s requests heeded?

In 1942, Pius XI consecrated the world to the Immaculate Heart of Mary. Sister Lucy said the consecration lacked some characteristics Our Lady had requested. I do not intend to analyze this complex subject here. I simply mention, in passing, that whether Our Lady’s request for the consecration of Russia was heeded is open to debate.

As for Our Lady’s second request for an amendment of life, it has so obviously been neglected that no further comment is necessary.

Our Lady stated that obedience to her requests was a condition to avoid the apocalyptic punishments that she predicted. Therefore, it is logical that God’s vengeful and purifying wrath should fall upon mankind before it converts and the Reign of Mary is established.

Of the three Fatima children, only Lucy survived beyond her childhood. She was a Carmelite nun in Coimbra. Under her supervision, a sculptor carved two statues that reproduced as closely as possible the facial expression of the Most Holy Virgin as she appeared at Fatima. Both of them were called “pilgrim statues” and have been taken around the world by priests and laity. One was in New Orleans, where it shed tears.

Father Romagosa, author of the abovementioned report, was told of the statue’s tears by Fr. Joseph Breault, M. P., the statue’s custodian. However, he was reluctant to admit the miracle and thus asked Father Breault to call him if any further weeping occurred.

Father Breault noticed moisture in the eyes of the Pilgrim Virgin statue on July 17 and immediately called Father Romagosa, who reached the statue at 9:30 p.m., bringing along photographers and reporters. In fact, they all noticed the moisture in the eyes of the statue, which was soon photographed. Father Romagosa then touched his finger on the moist surface and collected a drop, which was also photographed. According to Father Breault, this was the thirteenth weeping he had witnessed.

At 6:l5 a.m. the next morning, Father Breault called Father Romagosa saying that the statue had been crying since 4 a.m. Father Romagosa arrived shortly afterwards. In his words: “I saw much liquid in the statue’s eyes, and a large drop hanging from the tip of her nose.”

This drop, so graciously hanging, was captured in the famous photograph that came out in the press. Father Romagosa adds that he saw “a tear move as it slowly formed on the lower eyelid.”

However, he wanted to eliminate all doubt. He noticed that the statue had a crown fixed on its head by a small metal connecting rod and thought:

Can it be that water was poured into the hole where the crown is fixed on the statue, and this water drains into the eyes?

Once the weeping ceased, Father Romagosa removed the crown from the statue: the metallic connecting rod was entirely dry. He then inserted into the hole a wire wrapped in a special paper which would absorb any liquid that might be there. The paper remained absolutely dry.

Still not satisfied with his efforts, he poured some water into the hole. Yet the eyes remained absolutely dry. Father Romagosa then turned the statue upside down. The water he had poured into the hole drained normally. He was finally convinced that no water could come through the hole in the statue’s head into her eyes, and there simply was no other hole. 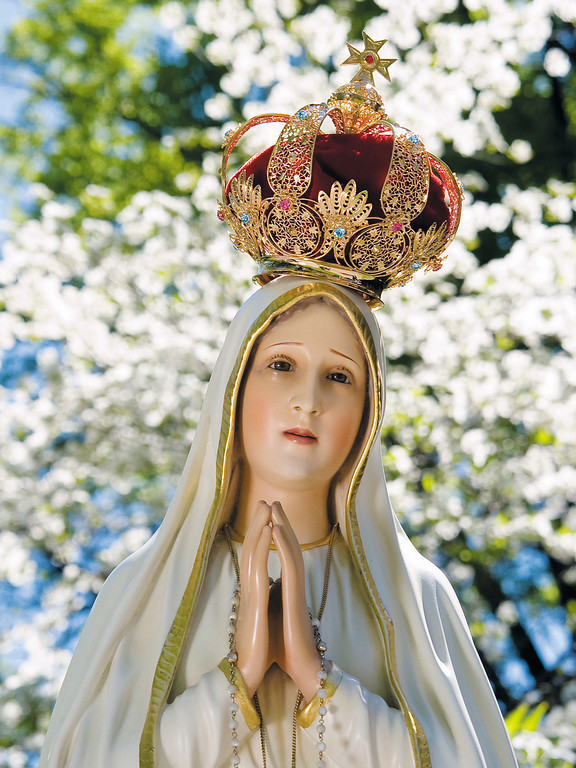 These mysterious tears show Our Lady of Fatima crying over the modern world, as Our Lord once cried over Jerusalem. Tears of most tender affection, tears of deep pain for the punishment that will come.

It will come to the men of the 21st century, if they do not reject immorality and corruption. It will come if they do not fight especially against the self-destruction of the Church, the cursed smoke of Satan that according to Paul VI has penetrated even into the sacred places.

Reader, there is still time, therefore, to stop the punishment!