Stories of the "Tree of Christ" 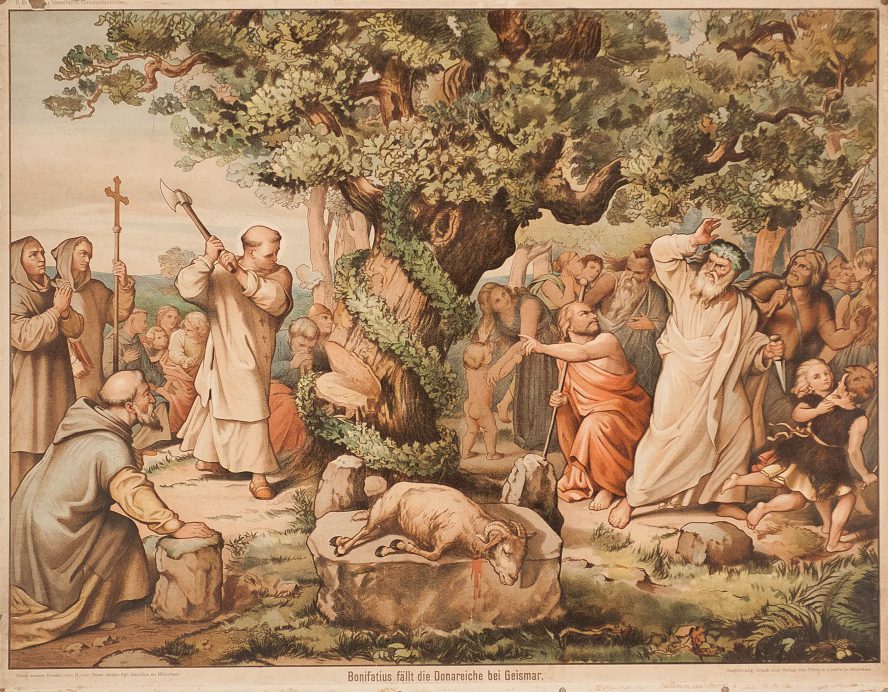 In the seventh century, St. Boniface traveled from Crediton, Devonshire, to Germany to teach the pagans about the Passion, Death and Resurrection of Jesus Christ and the fruits won thereby.

He spent a great deal of time there performing many good works in Thuringia, a region later to become known for its excellence in the making of Christmas decorations.

Tradition has it that St. Boniface used the triangular shape of the fir tree to describe the Holy Trinity of God the Father, Son and Holy Spirit.

The converted people began to revere the fir tree as God’s tree, as they had previously revered the oak. 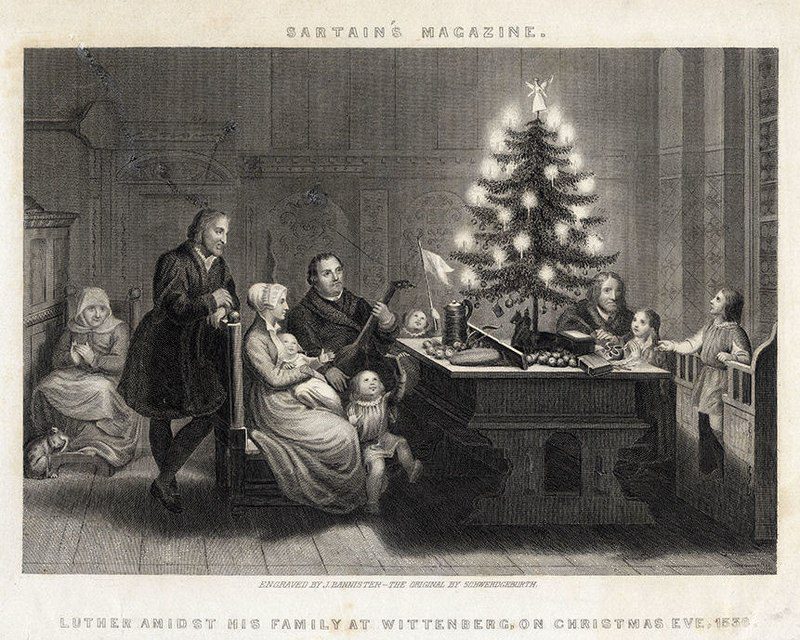 By the twelfth century it was being hung, upside-down, from ceilings at Christmas time in Central Europe, as a symbol of Christianity and was referred to as the ‘Tree of Christ’.

The first decorated tree was at Riga in Latvia in 1510, while the first Christmas tree came to England with the Georgian Kings from Germany.

At this time, also, German merchants living in England decorated their homes with a Christmas tree. The British public were not fond of the German Monarchy, so did not copy the fashions in vogue at Court, which is why the Christmas tree did not become established in Britain at that time.

In 1846, the popular Royals, Queen Victoria and her German Prince, Albert, were featured in the Illustrated London News. They were standing with their children around a Christmas tree. Unlike the previous Royal family, Victoria was very popular with her subjects, and what was done at Court immediately became fashionable. The English Christmas tree had arrived!

On the more profound meaning of the ‘Tree of Christ,’ the late Prof. Plinio Corrêa de Oliveira explains:

‘Each feast of the liturgical calendar brings an effusion of special graces with it. Whether men want or not, grace knocks at the door of their souls in a more sublime, meeker, more insistent way during the Christmas season.’

The Christmas tree, with its beautiful decorations, lights, and star or angel on top, helps to elevate the soul above the materialistic aspects of the modern-day Christmas. The tip of the tree points to a marvelous world that is Heaven.

This message is adapted from a Christmas greeting delivered by Prof. Plinio Corrêa de Oliveira in 1980. It has been translated and adapted without his revision. —Ed.

Become a Child of Mary

Child of Mary is a Monthly donation program for the purpose of helping to spread the Fatima Message and all of Canada Needs Our Lady’s efforts.
DONATE NOW
MONTHLY

Help us make 1000 Rosary Rallies a reality across Canada on October 14th, 2023. Host your own Rosary Rally in your hometown. We will send you all the materials you need, FREE OF CHARGE.
SIGN UP TODAY